Sunday, August 21, 2011
First you know, and then so ordinary, by rob mclennan

First you know, and then so ordinary, by rob mclennan
published in an edition of 200 copies, November 2010
above/ground press, 8.5x5.5 (saddle stitched), 8pp, price unknown

Rob Mclennan is a prolific poet, writer, editor, blogger, and publisher of the Ottawa-based micro-press, above/ground press. In his chapbook, First you know, and then so ordinary, we find a suite of six poems which perfectly illustrates the understated lyricism which weaves throughout mclennan's poetry. The poet uses restraint like a kind of inner punctuation in his poems in combination with notions of breath and distance, as in the title poem itself:

I wanted to say: the big dumb
excuse of me,

the phone rings
all the way from lakeshore,

These allegories of breath and distance and lyrical restraint continue in "For the rain between us, sheets" as the poet describes "bitter threads/pull at my edge;/a larynx & throat-sound/that you find beautiful, there" and

how low in the morning, sun
butters your shoulder-lengths,

It is through McLennan's lyrical restraint that his exuberance for his subject matter is most clearly revealed, proving again and again, in title after title, one need not be flashy or provocative to make one's point. 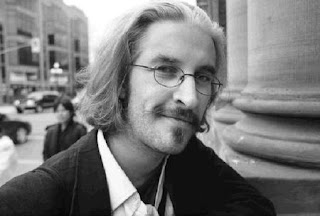 rob mclennan was born in Ottawa, Canada's glorious capital city, and rob currently lives in Ottawa. The author of more than twenty trade books of poetry, fiction and non-fiction, his most recent titles are the poetry collections Glengarry (Talonbooks, 2011), kate street (Moira, 2011), 52 flowers (or, a perth edge) - an essay on Phil Hall - (Obvious Epiphanies Press, 2010) and wild horses (University of Alberta Press, 2010) and a second novel, missing persons (The Mercury Press, 2009). An editor and publisher, he runs above/ground press, Chaudiere Books (with Jennifer Mulligan), The Garneau Review (ottwater.com/garneaureview), seventeen seconds: a journal of poetry and poetics (ottawater.com/seventeenseconds) and the Ottawa poetry pdf annual ottawater (ottawater.com), and has edited numerous collections for Chaudiere Books, Insomniac Press, Black Moss Press, Broken Jaw Press and Vehicule Press, and, in June 2010, a special "Canadian issue" of the Swiss online pdf poetry journal Dusie. He spent the 2007-8 academic year in Edmonton as writer-in-residence at the University of Alberta, and regularly posts reviews, essays, interviews and other notices at robmclennan.blogspot.com. He is currently working to complete another novel or two, a collection of short short stories, and a post-mother creative non-fiction work entitled The Last Good Year.

God forbid should rob ever get sick. Take a shot of rum, rob. Keep those bones warm.~Editor